Princess Jenny just took all the money you earned this month - but don't worry - you get something in return - you're allowed to lick the toilet dirt of her sexy high heels and bare feet!

So, you gave all your money to Jessica? Good for you! But you're still just a worthless paypig waiting to be drained for her - but today you're allowed to clean her sexy dirty boots.

Jeanette wants to buy a bunch of stuff - luckily she has a good money slave like you to satisfy her luxurious needs! She buys a bunch of stuff at some online stores using your credit card and takes all money you carry too - she wants to have a nice evening - but you will pay!

Jenny heard you like to take things in your mouth and swallow afterwards? Hahaha, so she will use you as her personal human ashtray while she verbally humiliates you. You are such a pathetic bitch, visiting her whenever she allows you to get abused by her after paying her!

What a fun clip this is! Kevin is a moron who filled out Akara Fangs blackmail form when he was drunk and weak. After giving her all his personal information, he became terrified and was literally having a nervous breakdown! After he contacted Mistress Akara and they chatted, she made him do a live call with cam with her. You hear his voice the same as Akaras, but the visual part of the clip is done POV style as if YOU were watching her on cam. She laugh hysterically for half the conversation while she tell Kevin that she will order him to divorce his wife, and then give him humiliating assignments. He breaks down in tears and PHYSICALLY shakes in terror!

Living with your other half is great in so many ways. However, you do tend to lose out on some privacy, isnt that right? Mistress Kitty happened to go on your laptop earlier & she found all sorts of strange messages from Goddesses on Skype & weird sites in your history...obviously she moved straight back to her house, but not without your laptop of course! She wont show anybody what she found, just as long as you do as she say ...

Money princess Andrea wants you to suffer, loser! She spits all over your pathetic body and forces you to clean her sexy high heel boots. But that's enough for today - to get more you will have to pay again!

Mistress Harley blackmails you. She collects your information and threatens to expose you to your friends and family!

Findom Princeses Lisa Jordan is a cruel Financial Mistress. She wont stop until you are left with nothing, pig!

Bratty Jamie verbally talk you down really hard. She insults you as much as possible, while she says to you that she gonna use you for your money. 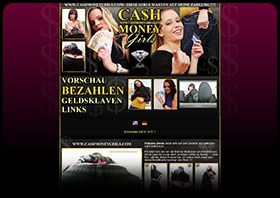 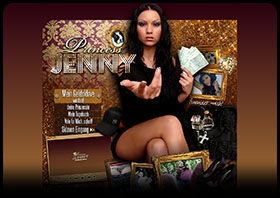